Wordless Wednesday- Because Really I am 14 years Old 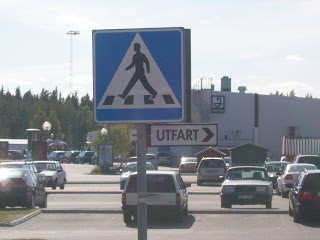 Labels: Farts are Funny, Really I am 14 Years Old, Sweden

I'm the 13 year old standing next to you because that is too funny.

Appreciated by "ladies" of all ages!

There are some classics in England. There is a village not far from me called Clive, and everytime, everytime, I pass it in company I say "Why is Clive so special he gets a sign?"

Wow, you guys have fart evacuation routes?
We stopped at hurricanes. Damn budgets.

I'd walk the other direction too!

No freaking way!! too funny i tell ya

I see that as: Utah Fart
I live in Utah, so naturally, that's the first thing I thought of.

Together We Save said...

It's my goal in life - basically the ONLY one - so one day witness something as majestic as that sign combo. I can dream, right?

Thats awesome.. hope you don't mind I emailed it to Hubby! He will sure get a kick out of it HAHA!

And this is one of the reasons I adore you.
In Germany, exits are called "Ausfahrt." There are signs everywhere and M and I always snicker when we see them. We're 14 too apparently. Indy is starting to pick up on it too (which might not be a good thing). He came into the living room the other day and announced that he had "Ausfahrted" in his room. Nice. We had to have a little discussion. Being a mom can so be a buzz kill sometimes.

There's a little 14-year old in all of us. Not much better than a little bathroom humor amongst friends :)

Isn't it wild how certain words have a much larger entertainment value attached to them than others? And they smell, too? Thanks for such an incredible blog-share. I needed it. LOL! WHOA! Did I just say I needed a f***?!

Perhaps that's what is propelling the man across the crosswalk...heehee

You can't go wrong with a fart joke, especially an unintentional one where you also get to make fun of other people's languages.

You know the German for father is Vater. Pronounced "Farter". Very apt I think.