Today my friend, Mike Harling is guest posting as part of his virtual book tour.  Please make Mike feel at home at the Bungalow, and make sure he keeps his feet off the coffee table.
Memory Lane,  Suffolk

I'm fit and well-rested after a few day of lounging on Debs' veranda in Spain and some invigorating mountain hikes in Massachusetts with Mickey.  Now I'm in Suffolk, visiting Kat and her family on a US Air Force Base.  Kat's 3-Bedroom Bungalow is just a two-hour drive from where I live in Sussex so I was able to swing by the flat and become reacquainted with my wife before coming here.  (She had to stay behind because we couldn't afford for both of us to go on tour.)

Suffolk, in a word, is flat.  Hence the Air Force base.  During WWII a lot of the American bombing missions flew from bases hastily carved out of conscripted East Anglia farmland.  My uncle Jim was stationed out here as a belly gunner in a B-17.  He was shot down over Germany and spent the last 22 months of the war in a POW camp; bad luck, but a lot of guys had even worse luck.

Suffolk, more than any other place I have been in Britain, reminds me of where I grew up--both its terrain and its people.  The rural area of Columbia County where I spent my youth is flat and full of fields, and being an area sparse of people, we relied on each other and tended to be helpful and friendly.

Sussex, while undeniably fetching, is crowded and hilly (that would be the South Downs, an area of outstanding natural beauty) and suffers from that famous British reserve.  The one time I visited Suffolk, I had a very different experience:

I had hired a cab to take me to the client's site, which was out in the middle of no where, and also booked her to take me to the train station that afternoon.  But when I tried to pay her for the morning trip, she told me I could pay her for both later.  Then she drove off, trusting a stranger (and a foreigner to boot) to not call a different cab and leave her without a fare.

When my work day ended, I had a bit of time to stand on the side of the road admiring the landscape, and it evoked a bittersweet sense of nostalgia: expansive, neatly tilled fields, clusters of deciduous trees, a scattering of houses and lots of tractors.  I almost expected to see a potato digging machine--a huge, fearsome contraption of levers, gears, belts and metal that we used to call The 'tater Digger.

Back in the day, when late summer rolled around and the crops were being harvested, Ernie, Frankie, little Mike and myself (and any of our sisters we could impress into service) would invade the fields in the quiet of the evenings and do "on potato, two potato, three potato, four," of "enie, menie, minie, moe," to divide into teams and decide who would get to occupy The 'tater Digger and who would attempt to capture it.  It was sort of like "King of the Mountain" with farm equipment.

I was so deep in my reverie that I barely noticed when a young boy came out of a nearby house and approached me.

"My mum wants to know if you'd like a cup of coffee while you're waiting."

I was so startled by this uncharacteristic hospitality (in Sussex, strangers will hardly offer me the time of day, let alone coffee) I was barely able to decline on the grounds that my cab was due any minute.

So Suffolk is a different kind of Britain than I am used to and, although it's flat and most people tend to prefer the Peak District or the Downs, at least one local's opinion is, "any fool can appreciate hills."

I'm grateful to Kat for inviting me here and giving me this unexpected trip down memory lane.  Maybe later we can round up some of the neighborhood kids and go find a 'tater digger.


Would you like to participate in the
2009 KINDNESS of STRANGERS TOUR?
Visit the Tour Page to sign up or to view the latest Tour updates.

Michael Harling is an American author living in the UK
undertaking a virtual world tour via the kindness of strangers.

what a nice trip down memory lane. I can smell the fields and the fresh cup of coffee...

It also reminded me of the Suffolk,Virginia that was a few minutes from where I grew up: flat, farmland, and sometimes nices people.

Even more reasons why I want to visit the UK.

Yes, it was a nice trip. Today I'm on a trip down the REAL memory lane.

Having lived in East Anglia, that story doesn't surprise me so much. I remember people being fairly friendly. Maybe they are used to having Americans in the area because of the many bases around. I was remembering recently that the accent in that area is very "generic" or "flat", (whatever the term is) compared to the thicker accents found in other places. Wondering if you noticed that too Mike?

Being born and raised in a mountainous province all that flat gives me the heebee geebies, but it sounds nice.

I think I'm just like Sussex! Undeniably fetching but a bit too crowded and hilly!

It seems like people are actually scared to be nice sometimes.

My partner grew up in Suffolk and his father still lives there. I've fallen in love with Suffolk and have written about our time there on my blog - here's a recent link if of interest http://mysydneyparislife.wordpress.com/2009/05/09/suffolk-england-public-footpaths-and-fields-of-gold/

3-BR, I hope you're enjoying your time there.

I look forward to exploring both of your blogs!

Cheers from Sydney (and sometimes Paris)

I thought Norfolk and Suffolk (pronounced Norfuck and Sufuck BTW) were flat until I lived in Chicago. We can drive all the way to Colorado and don't hit a hill until the Rockies! 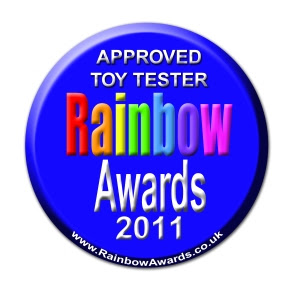