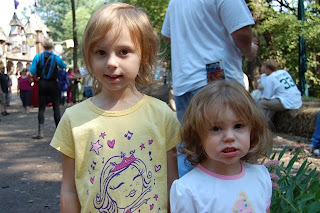 This weekend we finally got to the Renaissance Festival over in Kansas City. It was a blast. We always like doing things like this with the kids. It wears them out, they have fun, and we get out of our small town for the day. LaLa was amazed by all the characters in costume. KiKi was just happy to run around and play in the dirt whenever we stopped. 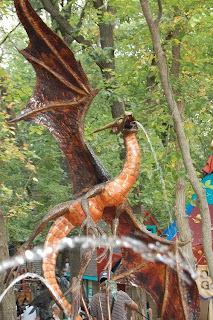 LaLa finally caught on that we were supposed to be in England while we were in the costume shop. "That's where we're going to live, in England" I hope she doesn't think England is like the festival or she might be really disappointed. We got LaLa an overpriced costume. 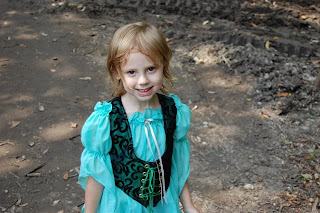 This is going to be her Halloween costume too. No sense in buying another one. I just have to find a few more little details to make her a pretty pretty princess. I think the costume was her favorite part of the day because when she would walk by people who were in costume, they would stop and say "G'day princess". She got a kick out of that. 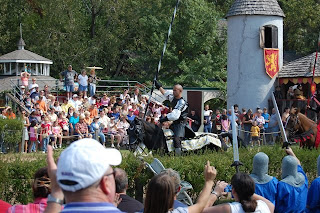 Then we went to the jousting. Trying to explain to a 4 year old that it is pretend and that they are not really going to actually hurt one another is kinda hard. 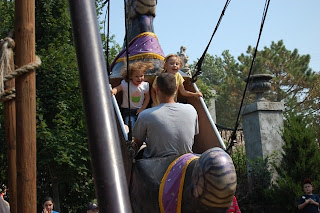 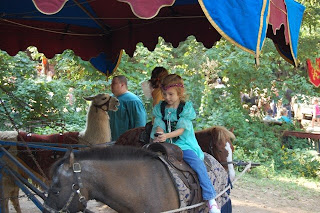 There were also rides for the kids. 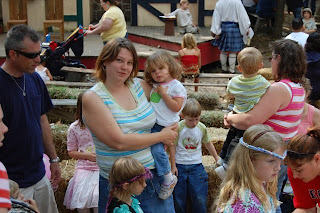 Oh we went to ours too and are going again in 2 weeks. I've always wanted to work there. Maybe some day! We have that same dragon swing at ours, I think. My favorite perfomer right now is the guy who makes bologna sandwiches with his feet.

I love the festival pics! It looks like you all had fun. Those are moments the kids will always remember.

Is that like the King Richard's Faire that we have around here? I love going to KRF, and so does my son. My husband doesn't want to go this year because the crowds are always obnoxious.

Glad you all had fun!