My Parents (and my brother too) Visit 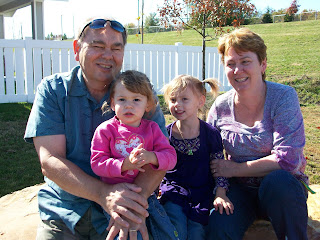 The past 4 days have been a whirlwind. We have done a lot of fun things and some things we definitely didn't plan on. Lets start with what we didn't plan on. We didn't plan on buying a car. The man took our '99 Jeep Grand Cherokee into the dealership to have some work done before we shipped it to England. When the mechanic called and said that there were over $2500 worth or repairs that needed to be done in order to be able to ship it. Ummmm yeah, not so much down with that. I told my husband to tell them to stop all work and we would be there to pick it up. We decided to go ahead and bite the bullet and trade in the Jeep on another car. Well the other car we ended up trading the Jeep Grand Cherokee in for was a Jeep Compass. I love my new car. It is so shiny. Oh and orange. Also very pretty.

We also didn't really "plan" to go to the zoo. It was more like "Hey what are we doing tomorrow? Oh nothing, lets go to the zoo." So we did. It was great. The weather was perfect and all the animals were out. My kids also kept complaining to a minimum. It helped that they had their own personal shuttle. 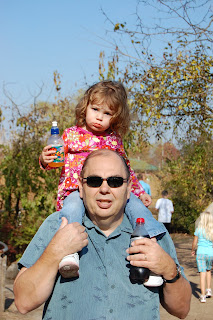 (The PaPa-mobile)
Lets see what kind of animals we encountered.. 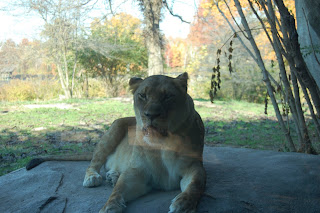 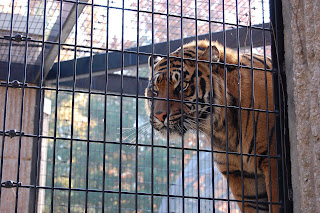 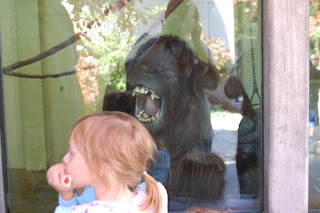 And...well there were no bears...but this Orangutan apparently wanted to eat LaLa's head.

Now for the planned events...We did Halloween with the girls. LaLa was a princess (of course) and KiKi was a cat. They were entirely too cute. I don't think my parents have seen a crazy Halloween like we have hear on base in a long time. There must have been over 500 kids trick or treating just in my section of base housing. I had bought 3 HUGE bags of candy and they were gone in 45 min. My brother called my mom in a panic and declaired that he was out of candy and wanted to know what he should do next. Umm go inside and turn off the lights goofus. 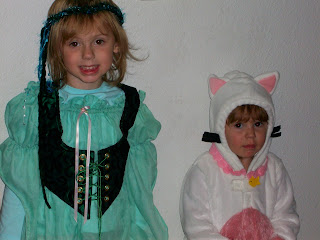 I guess that is all that really happened that was extremely noteworthy. Did I mention that my brother apparently takes facial hair advise from dead Russian Communist leaders? 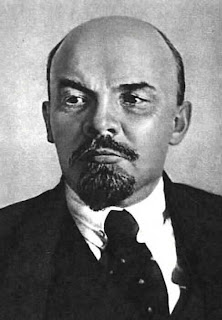 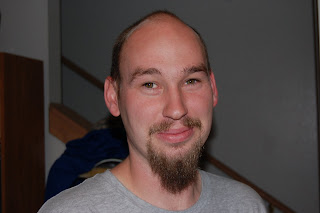 My Brother...who I have dubbed Andy Leninovitch
Posted by Kat at 6:51 PM

The kids are adorable. Doesn't everyone know the light trick?

OMG, that picture with the orangutan is hilarious!

Glad you had such a fun-filled time with your family!

I love KiKi's expression! Can your brother lift his eyebrow like Lenin too?

You should have just gotten rid of the jeep and waited til you got to England and bought a cute little English car. =D Fun fun fun!!

That is one awesome goatee or van dike or what ever that is. A new car? Girlie! I'm stressed for you! I can't wait to year how the move goes!

Don't you love it when you have company?

I just trimmed my goatee. Before so, it looked kinda the same.

The kiddies (and kitties) are adorable.

Best of luck to you on the move - can't wait for those stories!

Don't you just love the zoo when the weather is cool? If it's too hot, they're all just laying around inside.

Your brother totally looks like he should become the newest member of the Red Hot Chili Peppers. I love it.

I am so jealous of your new car! I've been driving my hunk of junk for over 10 years now. I want something new!

Trick or treat sounds like a lot of fun there! So glad you got to enjoy it with family.

The unplanned trips are the most fun!

Where's the picture of the new car?

Glad you had a great time with the fam, Kat!

so do we get to see this new orange car?

The likeness of your brother to Lenin is uncanny.

and stealing your husbands beer Kat?

that's a f***en party foul...can I sware here? I don't normally do it that much.

Is your brother going to kill you for that comparison? So funny.

I am so jealous that you are going to live in England. Remind me to email you with the super cute pub outside of Tower of London that I found...and then stumbled out of. :)